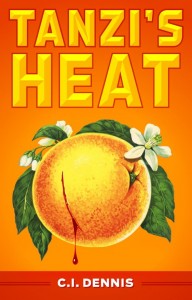 August is the hottest time of the year in Florida, and Vince Tanzi would just as soon sweat it out in his study chair with a few beers. He’s had enough of the world after losing his wife, and spending nine months in jail. He’s at the bottom of a downward spiral that began when he “retired” from the Indian River County Sheriff’s Department in Vero Beach, and began a second career as a P.I., which has been on hold since he got out.

He gets a call from his dead wife’s friend, who has been shot at twice. She doesn’t want to call the police. He takes the case, and follows her husband through the groves, beaches, golf courses,cities and restaurants of the Sunshine State. In the process he turns up a secret that changes everything.

Vince’s dry humor and keen observations propel this mystery-romance across central Florida, through Buddhist temples, abandoned factories and hurricanes. For fans of mysteries with wit, and an edge. 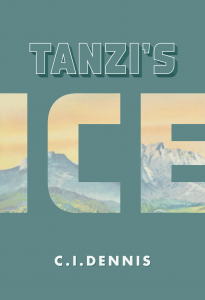 The unexplained death of his abusive, estranged father sends private investigator Vince Tanzi to his home state of Vermont in this fast-paced sequel to “Tanzi’s Heat.”

Vince reconnects with his mother, brother, and sister, only to find that his father’s efforts at making amends have put them all at risk. At the same time, his own personal life begins to carom between infatuation, responsibility, and disaster.

Follow Vince across the ski trails, jazz clubs, graveyards, and spectacular landscape of Vermont in midwinter as he races to find the killers—before he becomes their next victim. For mystery readers who like an added dash of romance, wit, and edge.

Ex-deputy and former private investigator Vince Tanzi is a family man now, and there is no longer any room for staking out motels and chasing after bad guys. Not with a nine-month-old kid in the back seat. Vince has reluctantly retired to focus on child rearing, recovering from a near-fatal injury, and the occasional knitting project. That is, until his best friend’s mother vanishes without explanation.

The third Tanzi adventure takes him to southernmost Florida and closer to the Equator when the trail leads offshore. He is up against the Pimentel family, formerly of the Hialeah numbers racket, but now respectable citizens. Sort of. He is also up against his own personal issues, including a tenuous marriage and some unwelcome distractions.

Follow Vince Tanzi into the tropical heat as he reunites with Roberto, Sonny, and a host of vivid characters while he untangles a blood feud that has turned deadly.